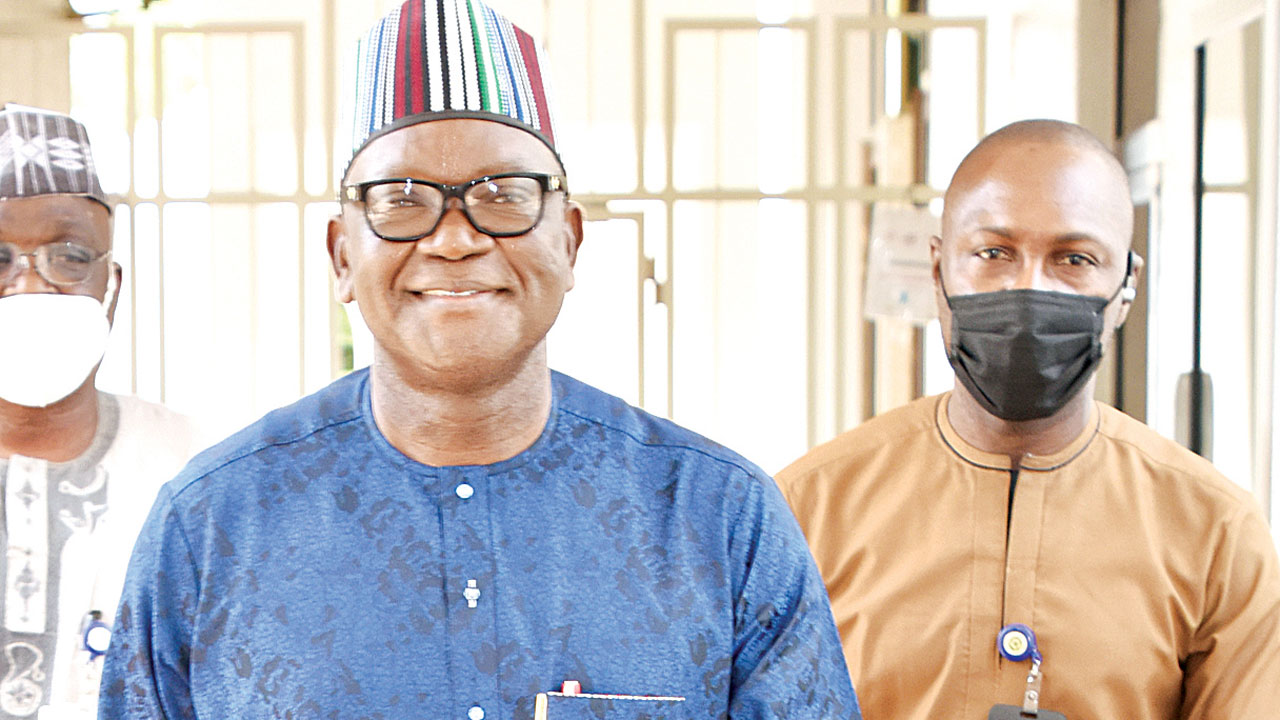 Seventy-two hours after narrowly escaping death in the hands of alleged armed herders, Benue State Governor Samuel Ortom, yesterday, sounded the alarm bell on insecurity, saying the 2023 general elections may not hold if the problem is not solved.

Speaking to State House correspondents after meeting with President Muhammadu Buhari at the Presidential Villa, Abuja, Ortom also warned the political class to preoccupy themselves with how to solve the worsening security situation that was threatening the unity of the country and forget about the 2023 election.

He said: “I want to let Nigerians know, especially those who are responsible for making inflammatory statements; we are sitting on a keg of gunpowder. Everybody is not in doubt in Nigeria today about the security situation and without security, there can be no meaningful progress going on.

“So, it is important to put heads together, do the things that are lawful, let us protect the provisions of the Constitution of the Federal Republic of Nigeria so that everybody will be secure. If I can’t go to the farm as governor with entire security around me then who else can go to the farm? You can imagine the pains we are going through in Benue State. I appreciate the security personnel attached to me, they were able to repel them and they could not have access to me.”

The governor, still rattled by weekend’s assassination attempt on him by about 15 gunmen in his state, told newsmen that he had deep discussions with President Buhari on the attack on him and security situation in the country.

“Let there be equity, fairness and justice. That is what I stand for. That is what I am fighting. I do not want to talk about the recommendations shared with Mr. President. I have been able to recommend some measures, and they have agreed that no person or group should be a sacred cow. If people are found wanting, they should be prosecuted, the police should prosecute them.”

He, however, charged the political class, especially those in elective offices, to work together to save the country from the crippling insecurity besetting it on all fronts.

He said: “It is not just enough to say that one criticises the policies of the President, but when he does a good thing, it is our responsibility to team up with him to ensure that it’s done because it is when we are peaceful, when we have security, that we can talk about tomorrow.

“I want to also appeal to Nigerians, 2023, yes to a politician is not far, but it’s still a long way. If we secure our country and everything is working fine, then we can talk about 2023, but the way things are going if we don’t secure the country, there is no way we can be talking about 2023.

“For me, I want us as leaders of this country, who have taken Oath of Office, let us abide by those things we have said, work together as a team, leave politics aside, leave ethnicity aside and secure the country. We have no other country other than Nigeria. We cannot go to Cameroon or Senegal or any other country and claim responsibility.”

On insinuations that the reported assassination attempt on him was stage-managed, Ortom dismissed the comments as wild insinuations and expressed sadness over such thoughts, wondering why he would need to fake an attack on himself and what benefits he stood to gain from claiming what did not happen.

The distraught governor proceeded to pray that his predicament in the hands of the attackers does not befall his worst enemies. He said: “I want to advise, like Mr. President did advise when he was condemning the attack on me, and pleaded with Nigerians that they should not politicise this matter. I want to appeal, I want to beg everyone that we should not politicise the issue of attempted assassination on myself.

“If a governor is attacked, then it is an attack on all. And I appreciate my colleagues, the governors, irrespective of party affiliation. All of them by way of call or text messages or press statement, have communicated to me condemning this attack. That is how it should be. We should know when to play politics and we should know when to team up together to salvage the country.”

THE House of Representatives, yesterday, condemned the attempt by gunmen to assassinate Governor Ortom, saying the incident was an invitation to anarchy and glaring indication that the nation is drifting into a state of full-scale lawlessness.

The House, while adopting a motion under matters of urgent importance at plenary presided by the Speaker, Femi Gbajabiamila, commended President Muhammadu Buhari for ordering an investigation into the unfortunate incident.

The lawmakers called on the Department of State Services (DSS) and Nigeria Police Force to investigate claims of responsibility on the attack as well as other threats and statements allegedly attributed to one Umar Amir Shehu and the Fulani National Movement (FUNAM).

The House expressed worry over the inflammatory statements attributed to the group, who it noted had publicly declared “their unequivocal intention and mission to kill the governor.

The House further urged Nigerians of good conscience and law-abiding citizens to keep faith in the indivisibility, unity and sovereignty of the nation.

Mr. Kpam Jimin Sokpo, who sponsored the motion on behalf of 10 other lawmakers from Benue, expressed concern over the worsening spate of violent crimes and insecurity across the country ranging from cultism, armed robbery, armed herdsmen attacks, armed bandits attacks, armed militia attacks, Boko Haram insurgency and terrorism in the country.

The experts also identified corruption, unhealthy rivalry among the forces and politics as the factors responsible for the poor performance of the country’s military.

After decades of underfunding its military, Nigeria’s defence budget has increased substantially during the past 10 years. Yet the performance of the country’s military remains poor and the country’s security challenges continue.

A former DSS Director, Mike Ejiofor, said there must be stringent oversight functions from National Assembly to checkmate corruption in the procurement process of the military. On his part, retired Commissioner of Police and security analyst, Lawrence Alobi, noted that the security agencies are powerless because they lack the operational intelligence to thwart the activities of criminal organisations in the country.

He said: “In Nigeria, Gumi is now the one who knows where the bandits are, that is an intelligence failure. How can Gumi’s intelligence network be more effective than that of the entire state? It is very absurd and for me, it is not acceptable at all.”

The Yoruba socio-cultural organisation, Afenifere, and a new political movement, National Consultative Front (NCFront), have condemned the attacks on Governor Ortom. They also condemned the spate of insecurities across the country, saying, the present administration and the political party in power have failed to provide security for citizens and properties in the country.

In separate reactions, Afenifere and NCFront said insecurity has got to the peak in Nigeria where bandits are now bold to attack governor’s convoy with the aim to kill the governor.

In its sympathy statement to Ortom, leader of Afenifere, Pa Ayo Adebanjo, berated President Muhammadu Buhari over his statement that the attack should not be politicised. According to him, “President Buhari’s reaction to the development amounted to shedding crocodile tears. The President should desist from pretending that he was not aware his Fulani kinsmen were the perpetrators of most of the killings the country has witnessed in recent time.”

Adebanjo recalled that the Buhari administration could neither apprehend the perpetrators of the 2018 Agatu massacre in Benue State nor did anything to stem the attack by herdsmen in the state.

“Rather than help the people of Benue, the President told an embattled Ortom when he approached the presidency for help in 2018 cynically to go make peace with his neighbours.”

He also recalled that even when the then Inspector General of Police, Ibrahim Idris, flouted Buhari’s order to visit Benue following the 2018 killings, the presidency looked the other way. The Afenifere leader pointed out that the recent admonition by the Defence Minister, Bashir Magashi, that Nigerians should begin to defend themselves was instructive, signaling a failed state.

The NCFront stalwart, Dr. Yusuf Tanko, said the truth is that security of life is no longer guaranteed under the administration of President Buhari and also that the two leading political parties that have handled governance in the country are complete failures.

Tanko, in a telephone conversation, “as we speak, one of my cousins had been kidnapped in Ogun State and he is still in the custody of their abductors. The attempt on governors, who move about with security, indicates the risk and danger ordinary citizens of Nigeria are exposed to on a daily basis.”