Georginio Wijnaldum says he would be hoping to start for Liverpool in the Champions League final against Tottenham on Saturday. Wijnaldium – who started the final against Real Madrid in Kiev last year – was left out of Jurgen Klopp’s starting line-up for the semi-final second leg against Barcelona. The Dutchman was introduced after half-time and helped dramatically turn the tie around in Liverpool’s favour with two goals in two minutes just after the break.

“I was angry (to not start against Barcelona) but I think that is normal. It’s a bad sign if you are happy to sit on the bench. (The expectation being) if you come back from an injury and you are coming back step-by-step. “I just want to play as much as possible, especially in a game like (the final). I think everyone would be disappointed if they don’t play. “I was disappointed but in the end you play as a team. “We have a team which supports each other, you do your job and try to help the team win games. “When I came in I gave it my all and then we will see what will happen.” 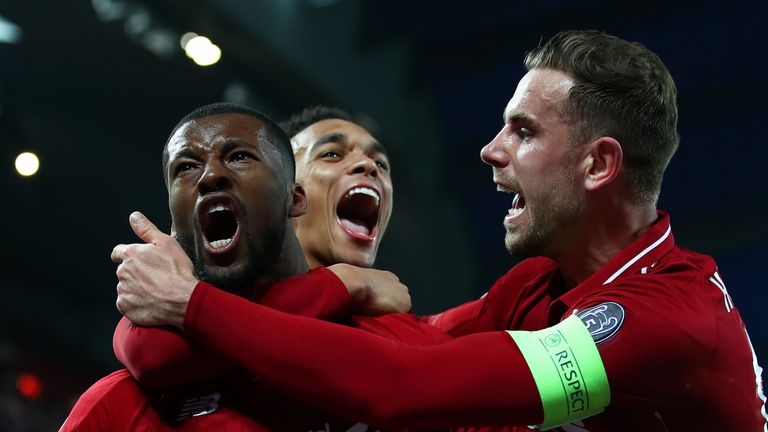 Wijnaldum also says he and his team-mates are determined to ensure they end a “beautiful” season with some form of silverware. “That’s how everyone is thinking about it – also me a little bit,” he said. “You want to give the season something to think back on. “Because it was so beautiful and we did our best to win something during the season. We hope we can win it. “Ninety-seven points in the league is a lot, it wasn’t enough, but we put (a lot of) effort into our performance. A lot of times we were confident and had belief we could make a bad position a good one. “This is why we want to give this season something special.”