Joel Obi escapes death in Turkey. Nigeria international, Joel Obi will have way to glorify God’s name for the injury that kept him out of his Turkish side Aytemiz Alanyaspor’s clash against Kayserispor as some of his teammates were involved in a ghastly accident while returning from the match last weekend.

Super Eagles midfielder, who joined Turkish Super Lig side on loan till the end of the season from Italian Serie A side Chievo Verona in February, was not listed for the encounter due to a knock. According to the club, the fatal minibus crash which tragically killed Czech international footballer Josef Sural, also left another player Steven Caulker ‘badly shaken up’. 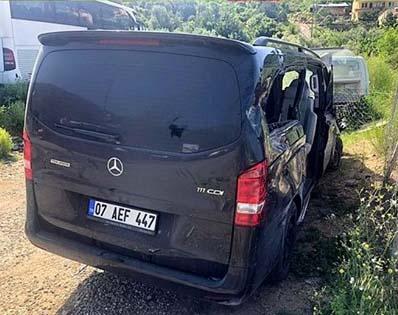 Sural, 28, was rushed to hospital following the crash but died from his injuries. The striker, won 20 caps for the Czech Republic national team and was part of their squad at Euro 2016. The six other players traveling on the bus included former Tottenham, Liverpool and QPR defender Caulker and ex-Newcastle striker Papiss Cisse. They were also taken to hospital but escaped serious injury along with their other teammates on board – Djalma Campos, Baiano, Welinton and Isaac Sackey. Caulker was treated at the Alanya Private Anatolian Hospital, and the player’s representatives told The Mirror he is ‘safe, but badly shaken up’.