Jurgen Klopp’s side briefly saw their advantage extended to eight points after a hard-fought win against Sheffield United in the early kick-off before City reduced the deficit with victory at Everton later on Saturday. Liverpool have won their opening seven matches but Van Dijk stressed no one in the squad was giving their early season perfect record a second thought after squandering a strong position last season.

They had a seven-point lead over eventual champions City before the two clubs met at the Etihad Stadium on January 3, only to lose as Pep Guardiola’s side began their fightback, which included a 14-match league winning run. “It’s far too early. We’re almost in October and the busy period will come,” said Van Dijk after Liverpool registered their 16th successive Premier League victory. “There are still so many games left and the only thing we focus on is the game ahead of us. We don’t want to look at the others because there’s no point doing that.

“Everyone realises that as well because last season we saw how it turned quickly. We just want to focus on the game ahead of us.” Victory at Bramall Lane extended Liverpool’s record for successive away wins to eight and they have not lost outside of Anfield in the league since that defeat at the Etihad almost 10 months ago, their best run since 1989. Champions League champions Liverpool will now target their first win of this campaign’s group stage against Red Bull Salzburg at Anfield on Wednesday after defeat in their opening game against Napoli. 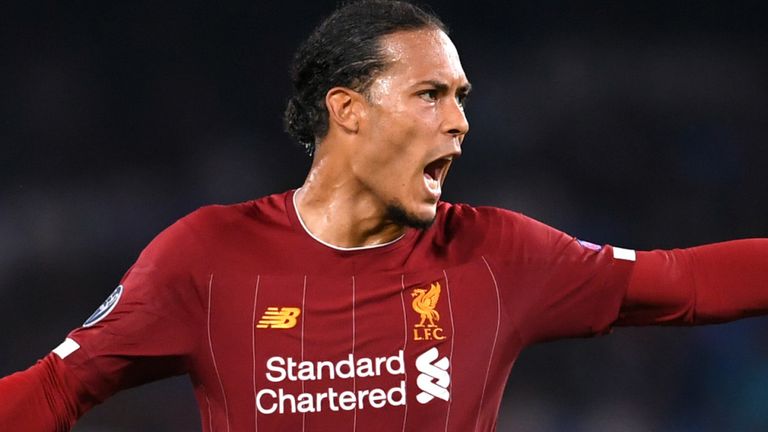 We have to be confident; you have to think you’re going to win every game otherwise you might as well stay at home

“It’s the media who love statistics. The reality is we have nothing at the moment. We want to continue to do well and there’s still plenty of room for improvement,” added Van Dijk.